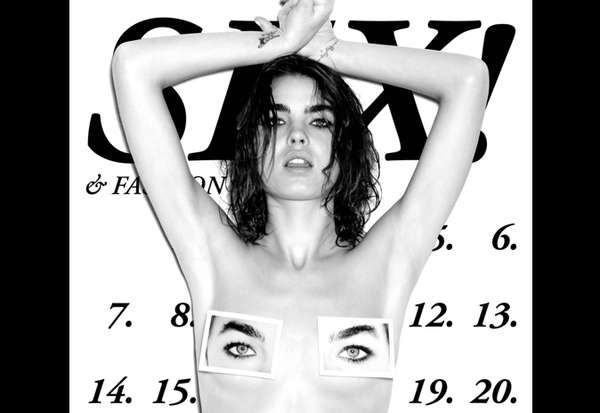 Every month, the Ksubi Sex! and Fashion media project welcomes a new alluring lady for the observer's enjoyment, and while the girl shows nothing controversial, there's an overt sensuality with respect to the styling of the shoot. Damp and disheveled locks make the woman look as though she's just engaged in some heated exercise, and judging by the parched look of her lips, it's quite possible it occurred in the bedroom. A pair of low-rise jeans is the only garment visible in the August S&F Calendar, while polaroid pictures of Bambi's smokey eyes cover up her bare chest.
3.4
Score
Popularity
Activity
Freshness
Get the 2021 Trend Report FREE