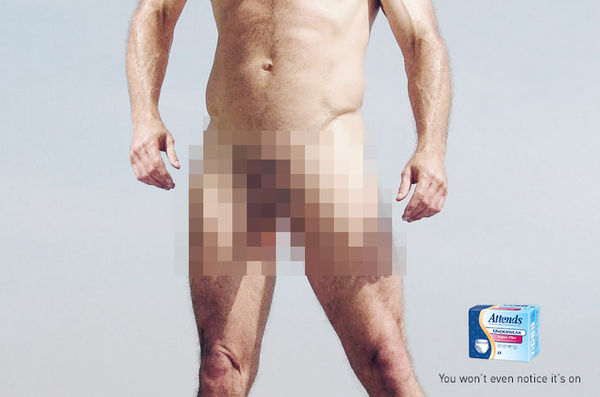 The Attends Super Plus Underwear Campaign Makes You Feel Naked

Meghan Young — March 5, 2014 — Marketing
References: attends & adeevee
The Attends Super Plus Underwear ad campaign hilariously censors what appears to be the private parts of a couple of faceless models, yet the kicker is that they aren't naked at all. Instead, it illustrates how people will feel like they are standing in the nude since they "won't even notice that it's on," as the tag line reads.

Conceived and executed by art director Yousuke Ozawa with the help of copy writer Jeff Oropeza, the Attends Super Plus Underwear ad campaign focuses on how lightweight the adult diapers are. By creating a bold campaign showing people not wearing anything, Ozawa and Oropeza not only shocks people into taking note of it, but also of drawing on the conclusion stated earlier.
6.9
Score
Popularity
Activity
Freshness