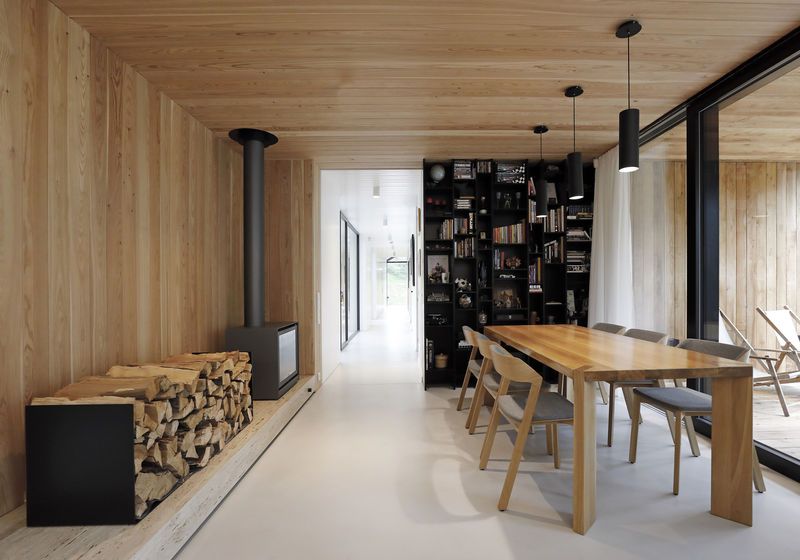 Joey Haar — May 25, 2018 — Art & Design
References: archdaily
Share on Facebook Share on Twitter Share on LinkedIn Share on Pinterest
From the interior, ATELIER KUNC's home in Neveklov, Czech Republic, looks like a paragon of minimalism in the Scandinavian style, but from the exterior, the home tells a different story. The majority of the facade is covered in timber, but the timber has a black finish that makes it look as though it's been charred by a blaze.

This worn look is very intentional on the part of ATELIER KUNC. It signals the transition from the outside, where things can get nature is rough and rugged, to the comfort and safety of the interior. Indeed, the interior's pristine whitewashed walls and varnished timber struts look entirely separate from the design on the outside.

The exterior isn't actually as tough as the home might suggest, though, as the home looks out onto two peaceful gardens.