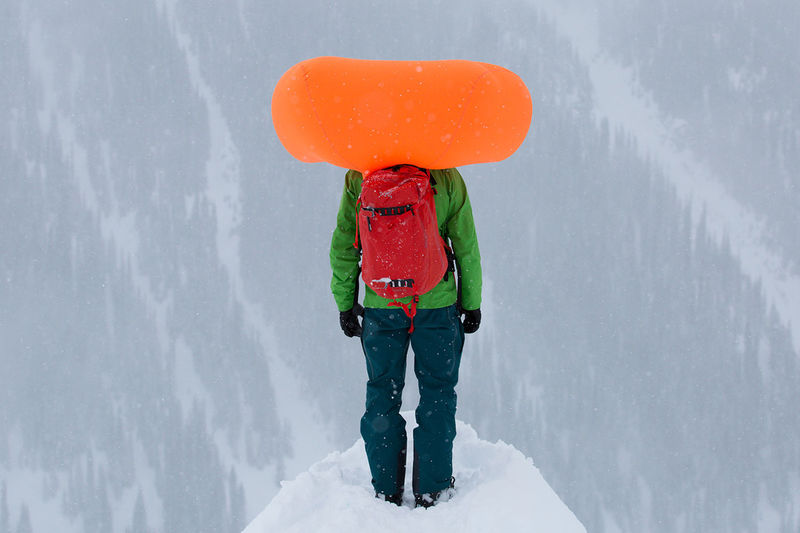 The Arc'teryx Voltair Inflates to Keep Hikers Safe in Avalanches

Joey Haar — October 24, 2016 — Lifestyle
References: arcteryx & digitaltrends
Share on Facebook Share on Twitter Share on LinkedIn Share on Pinterest
While avalanches are certainly violent natural disasters, the most harmful aspect for people caught in them is the potential to be buried under the snow and debris, but the Arc'teryx Voltair is a safety system that reduces that risk. The backpack comes with an electrically inflating bubble, similar to a car's airbag, to keep hikers and climbers at the top of snow drifts.

The Arc'teryx Voltair takes advantage of a physical principle known as granular convection. According to the principle, when a fluid with variously sized particles is shaken or vibrated, the largest particles will rise to the top. The principle is also known as the Brazil nut effect, due to Brazil nuts often rising to the top of mixed nut bowls.

By inflating with air, the Arc'teryx Voltair makes the person wearing it significantly larger without being any heavier. Thanks to the Brazil nut effect, they thus have a far better chance of staying at the snow's surface and getting rescued after an avalanche.
4.6
Score
Popularity
Activity
Freshness
Attend Future Festival