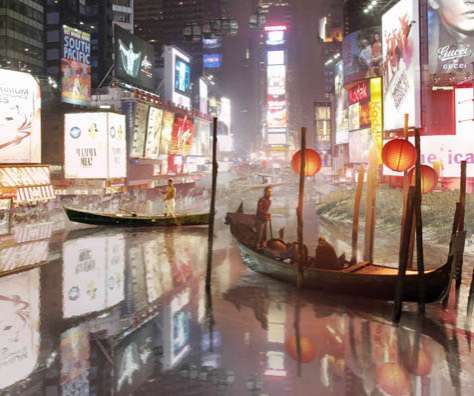 This image series by Studio Lindfors is called Aqualta. The digitally altered images of New York City and Tokyo intoxicate the visual senses, using a flood of brilliant color to showcase scenes of flooding in these two great metropolitan hubs.

"Far from stoking fear about a coming catastrophe, both of these projects—Studio Lindfors and Squint Opera—offer a vision in which people, and the cities they live in, have learned to adapt to the overwhelming presence of water," BLDGBLOG says.