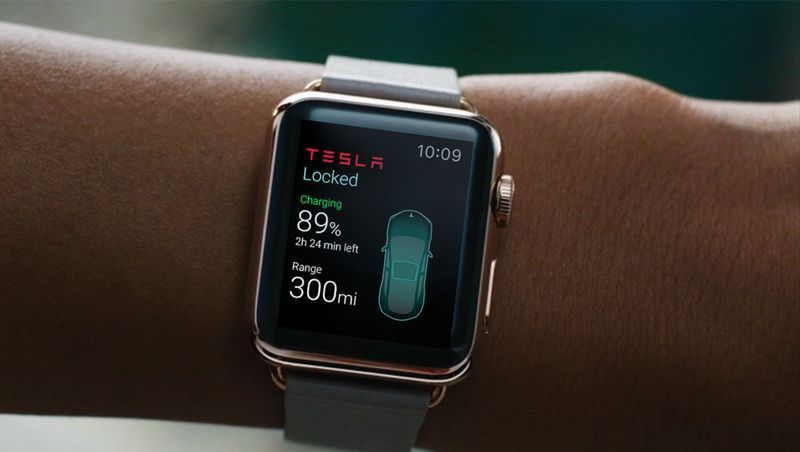 Meghan Young — February 4, 2015 — Autos
References: elekslabs & theverge
Share on Facebook Share on Twitter Share on LinkedIn Share on Pinterest
The Apple Watch Tesla app is one of the latest designs to be announced in anticipation of the device's release in April. Other car companies may have already jumped on the wearable tech bandwagon to let their customers control their cars from their phone and wrist, but this option is exciting since it demonstrates yet again the stylish and convenient capabilities of Apple's highly anticipated product.

Developed by Eleks Labs, the Apple Watch Tesla app "displays the battery level, range, temperature of your Tesla on the main screen, and can lock and unlock the car, turn on your headlights, and control the air condition," reports The Verge. However, there are still drawbacks to the initial Apple Watch design that limits what should be its limitless capabilities. Markiyan Matsekh, Eleks' product manager, says, "We can now confidently say that creating anything really necessary and fully functional for Apple Watch with the current SDK version is very, very difficult, and many of the things promised at launch that were perfect for some business ideas are not at all available yet."
4.6
Score
Popularity
Activity
Freshness
View Innovation Webinars