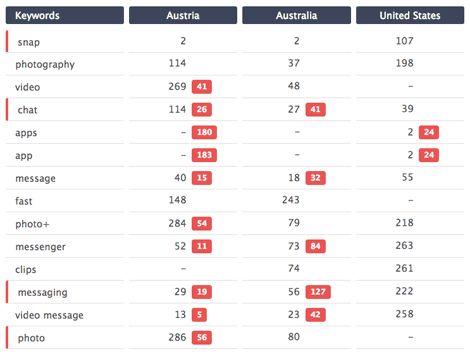 Joey Haar — July 7, 2016 — Tech
References: applyzer & producthunt
"There's an app for that," Apple's trademarked phrase from 2010, highlighted both the ubiquity of apps available and, unintentionally, the need for a good app analyzer. There are millions of apps available through dozens of different platforms, with seemingly hundreds designed to carry out any selfsame task. 'APPlyzer' analyzes the chaos, helping app developers, marketers, and publishers sniff out what works and what doesn't.

The app analyzer provides several services. It tracks top rankings for iOS, Google Play, Mac apps, and Apple TV based on downloads and popularity, allowing users to search each app's historical rankings from APPlyzer's database. It also lets users insert keywords relevant to their own apps to see how those keywords rank against other, similar apps.
2
Score
Popularity
Activity
Freshness

Digital Scrapbook Apps
The Thinga.Me Helps You Show Off Your Collectibles To the World