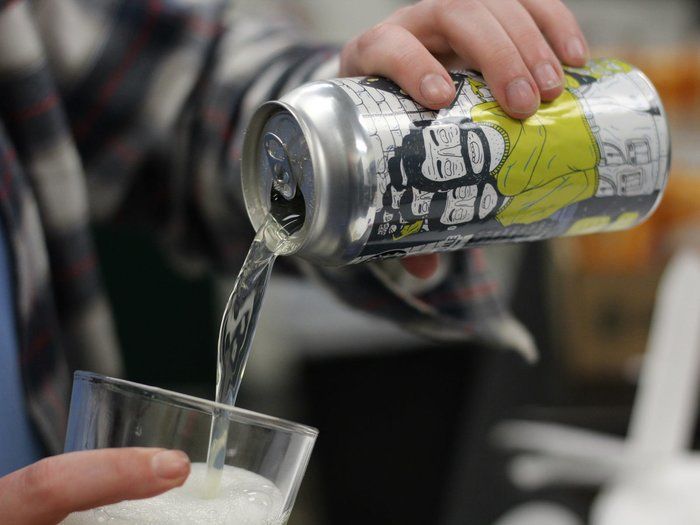 Two Craft Brewers Collaborated to Create the Clear 'Any IPA'

Laura McQuarrie — May 11, 2018 — Lifestyle
References: twitter & foodandwine
Springdale Beer, the experimental arm of Jack’s Abby Brewing, and Against the Grain Brewery collaborated on 'Any IPA' as a means of challenging the popularity of hazy IPA beverages—in fact, the Great American Beer Festival recently added a Juicy or Hazy IPA category to its event due to the craze surrounding these kinds of brews.

The Any IPA sets itself apart from IPAs that could be slotted into the hazy category, as it is being called a "clear IPA" that boasts an extremely light color that's as close as it can be to clear.

Several beverage manufacturers around the world have experimented with introducing clear drinks in different categories, including everything from stain-free bottled cold brew coffee to Suntory's 'Blueberry Yogurina,' which has the look of water and the mouthfeel of a drinkable yogurt.
6.6
Score
Popularity
Activity
Freshness