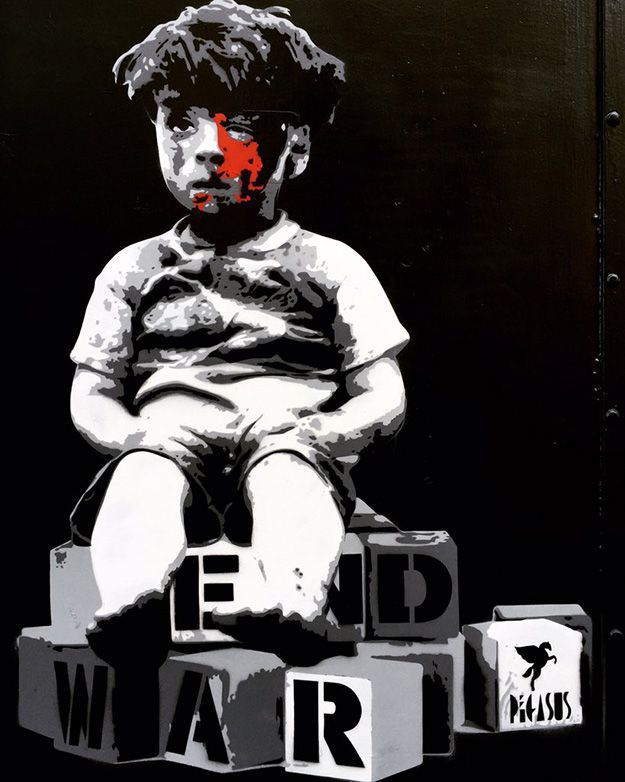 An Artist Painted a Haunting Image of an Injured Syrian Boy

A video and image of a young injured Syrian boy, caught in the crossfire of fighting in Aleppo, Syria recently went viral and captured the terrors of war that are often ignored by people who are not in the midst of them. The boy silently sat in shock as blood from his injuries covered his face and the haunting image is captured in the anti-war street art created by the anonymous UK artist Pegasus. In it, the boy is seen sitting on a stack of toy blocks that say "end war."

While a single painting, video or viral image will not work to change too much, the sad but truthful images are able to give attention to issues that people internationally are finding difficult to empathize with. With so much concern over the influx of Syrian refugees in various countries, this anti-war protest and the viral image it represents show that much bigger emphasis should be placed on humanity and keeping innocent children and adults safe from harm.
5.9
Score
Popularity
Activity
Freshness
Get Trend Hunter Dashboard