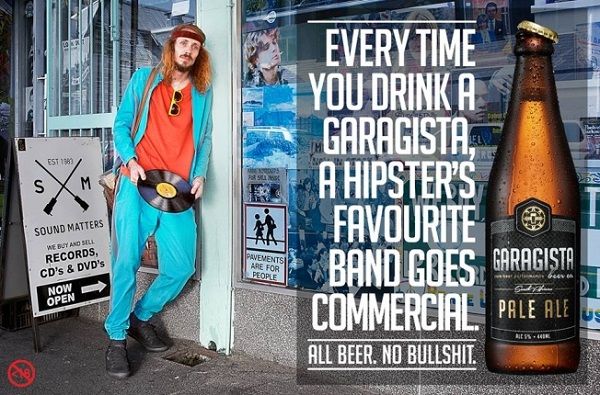 Alyson Wyers — June 27, 2014 — Marketing
References: facebook & designtaxi
These hilarious new anti-hipster beer ads use print advertising as a medium to not only promote their brand, but also to convey their disdain for hipster culture. South African brewery Garagista Beer Co. recently released this print ad campaign that pokes fun at hipsters and their lifestyle.

To market their line of pale ales, Garagista Beer Co. takes the humor route and hopes to capitalize on other people disliking hipsters as much as they do. Some of the things these anti-hipster beer ads make fun of are their love of one gear bicycles, bands no one has heard of, banjos, vintage Ramones t-shirts, homemade leather journals, beards and mustaches. All the ads also include the tagline "All Beer. No Bullshit."
3.7
Score
Popularity
Activity
Freshness