Cigarettes as Lipstick
Next
Set of
Related
Ideas 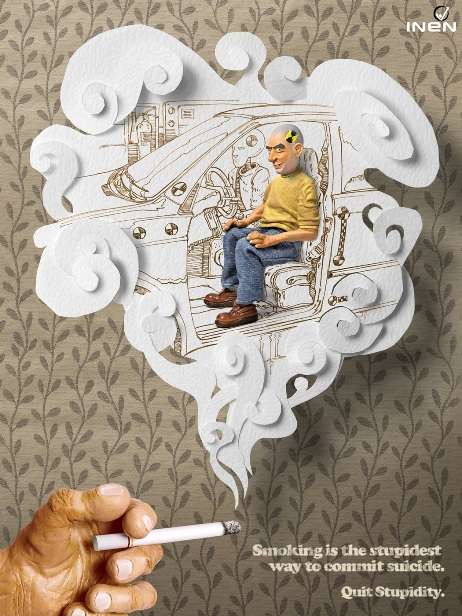 The concept of the campaign is to show extremely stupid suicidal stunts that any reasonably intelligent person would never do. The ads then proceed to tell you, "Smoking is the stupidest way to commit suicide. Quit Stupidity."

Some of the examples of these stupid stunts include scaring the barber while he is shaving your beard with a sharp blade, being used as a crash-test dummy and dressing as a zebra and going into the lion's cage.