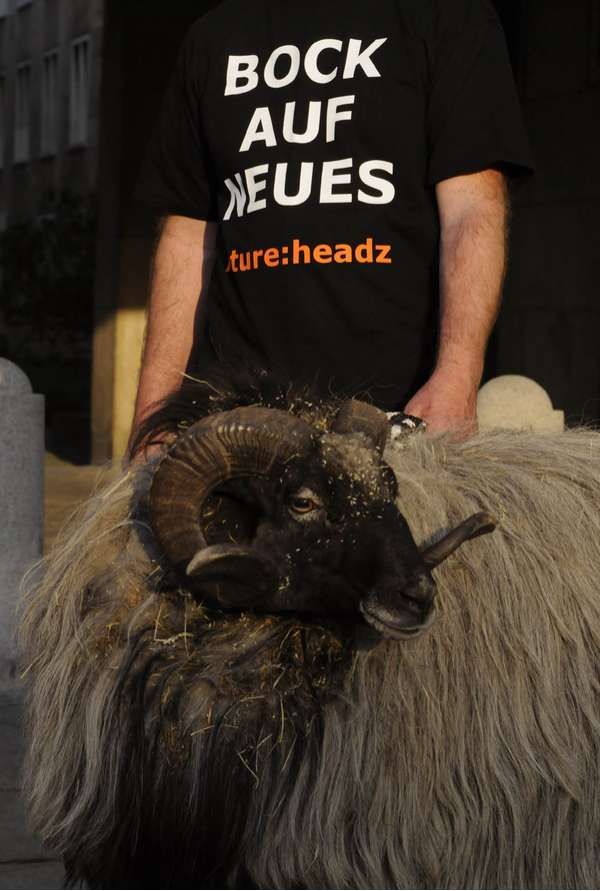 Similar to the English expression, “going for new stuff” the Germans claim, “Bock auf Neues”, but their words also work as a pun: the double meaning of “Bock” in German is “a ram” in English. That explains the hairy testimonial.

Future:headz performed a few other stunts for the Award Show of the Art Directors Club, an annual event for creatives in Berlin. See some of them in the related articles below.
2.7
Score
Popularity
Activity
Freshness
Jeremy Gutsche Keynote Speaker

Advertising That Ignores the Economy
Is the Titus Bicycle Really Worth a Second Job?