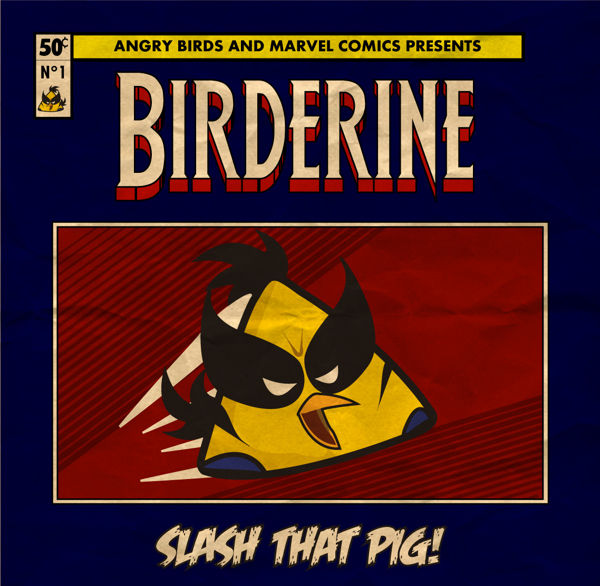 Megan Facciuolo — March 30, 2014 — Art & Design
References: behance.net & thaeger
Share on Facebook Share on Twitter Share on LinkedIn Share on Pinterest
These Angry Bird illustrations are imaged a little differently than the popular game, because they were created with superhero personas. The series of illustrated posters called 'Angry Marvel Heroes' is quite whimsical. Can you imagine a 'Birderine' (a Wolverine and Angry Bird hybrid) charging at you? If not, Fabio Di Corleto sure did.

The images look like Marvel comic book covers and feature a variety of avian cross breeds. Each cover is colored to coincide with each superhero's uniform. The Hulk, or shall I say 'The Birdible Hulk,' is drawn as everyone's favorite gaming avian, but with green feathers and purple ripped shorts on. The headline on the comic book cover reads: "Protect the Egg- VERY VERY ANGRY."