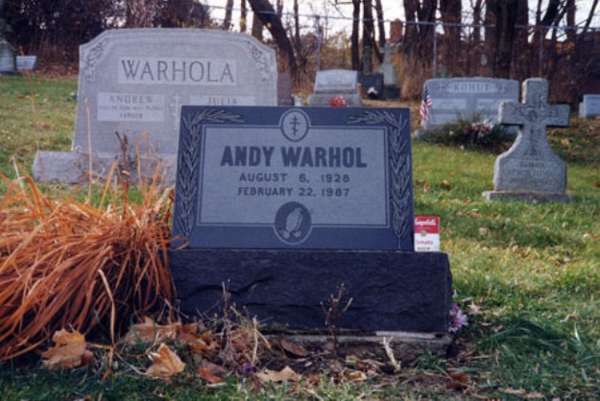 Alyson Wyers — August 11, 2013 — Pop Culture
References: warhol.org & psfk
Share on Facebook Share on Twitter Share on LinkedIn Share on Pinterest
What better way to celebrate an Andy Warhol birthday than with a livestream of the deceased artist's grave? To commemorate what would have been Warhol's 85th birthday on August 6th, the Andy Warhol Museum and EarthCam launched this collaborative live feed. Figment offered fans a chance to connect with the revered artist 24/7. The webcam footage is available online anytime, anywhere in the world.

Warhol passed away on February 22, 1987, and is buried at St. John the Baptist Byzantine Catholic Cemetery in Pittsburgh, Pennsylvania. His grave became a fan site, where they will leave behind items like Campbell's soup cans and Coca-Cola bottles.

Museum director Eric Shiner said, "We believe that this will give Warhol the pleasure of knowing he is still plugged in and turned on over 25 years after his death."
0.7
Score
Popularity
Activity
Freshness
Attend Future Festival