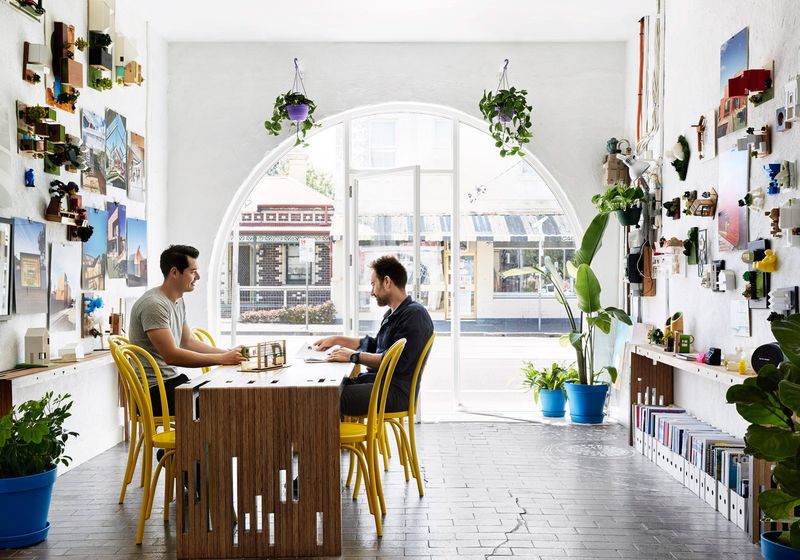 Andrew Maynard Designed a Home With an Emphasis on Mental Health

Joey Haar — June 15, 2017 — Art & Design
References: dezeen
Share on Facebook Share on Twitter Share on LinkedIn Share on Pinterest
Andrew Maynard, an architect and designer from Melbourne, has designed his own home to solve a paradox of living in a sunny, tropical city. Melbourne gets a ton of sunlight, but the Australian city also gets so hot that people need to spend a significant portion of their time indoors — away from the sun. In order to assure that he could still appreciate all the benefits of the sun, including its ample vitamin D and its mental health benefits, Maynard designed his home to get as much natural light as possible.

According to Maynard, his home, which he also uses as a studio for the architecture firm he co-founded, gets so bright during the day that those working in it need to wear sunglasses. The inspiration for such a sunny home came during a recent checkup at the doctor's, when Maynard learned that his lack of vitamin D was likely contributing to his work-related stress and anxiety issues.
2.5
Score
Popularity
Activity
Freshness
Attend Future Festival