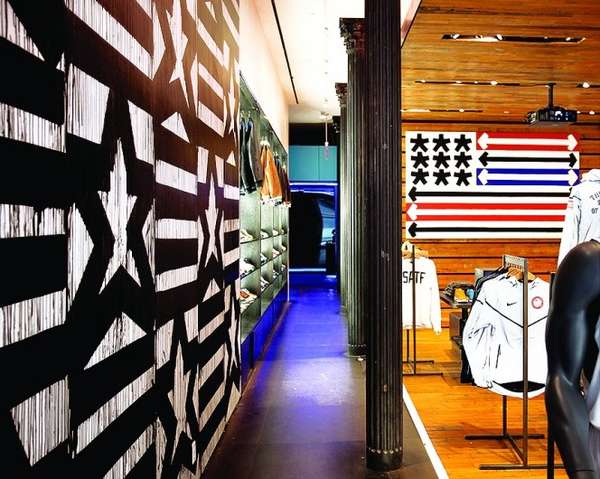 The Nike Store Gets Outfitted with American Flag Olympic Art

Trenton Millar — July 31, 2012 — Art & Design
References: 12ozprophet & hypebeast
Share on Facebook Share on Twitter Share on LinkedIn Share on Pinterest
12ozProphet, an art team from NYC, has partnered with Nike to create American flag Olympic art for Nike's Mercer Street flagship store in Soho. Using the American flag as inspiration, the artist created a monochromatic design that takes influences from basketball and track and field. The paintings will be used in Nike retail stores globally, but the original will be displayed in the window of the Mercer Street store.

Along with the monochromatic art, 12ozProphet designed a hand-painted canvas that plays on the American flag, and painted a mural on the outside of the store. The process of creating the works was captured on camera and converted into a stop-motion film, which is being displayed in the store as well.