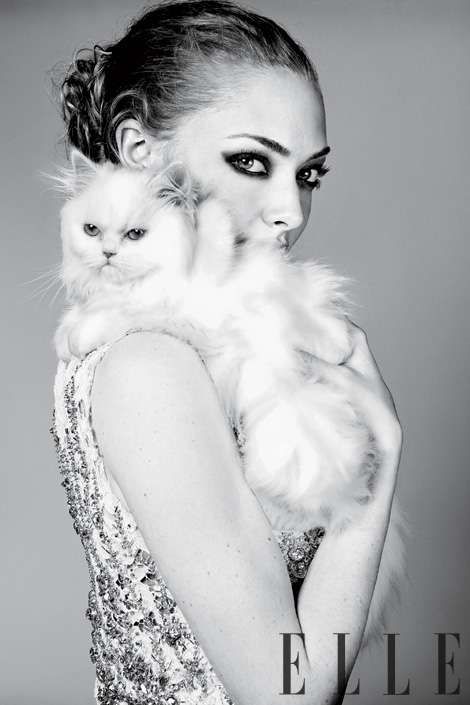 Summer Luu — March 13, 2011 — Pop Culture
References: elle & zac-fashion
Share on Facebook Share on Twitter Share on LinkedIn Share on Pinterest
With the recent release of her new horror film ‘Red Riding Hood,’ we are starting to see this bombshell actress everywhere; not that I’m complaining, though, because the Amanda Seyfried Elle April 2011 spread really shows off her soft and sultry, stylish looks.

Photographed by Alexei Hay, the editorial is titled ‘Amanda in Wonderland.’ Seyfried is joined by a cast of animals, from purring cats to quacking ducks. Shot in black-and-white photos, Seyfried looks elegant in smoky makeup with her hair tied back and dressed in puffy gowns and sequined frocks. She also gets the cover page, radiating the front in a vibrant minidress that shows off her sexy curves.

Check out the pics from the Amanda Seyfried Elle April 2011 spread in the gallery.
4
Score
Popularity
Activity
Freshness
Get the 2023 Trend Report FREE