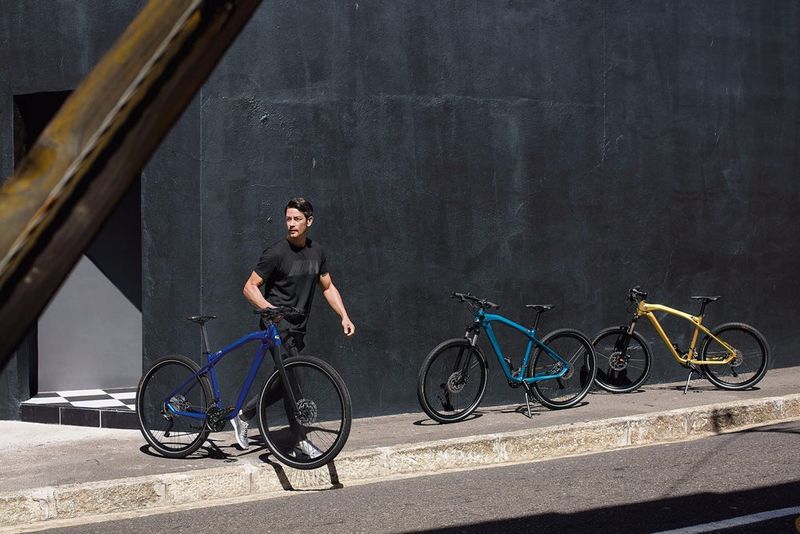 Rahul Kalvapalle — September 20, 2017 — Autos
References: press.bmwgroup & newatlas
Most people associate German automaker BMW with some of the best cars around, but the company also has a noble tradition of producing high-quality bicycles, with its latest and greatest creation being the M Bike Limited Carbon aluminum frame bicycle.

Indeed this particular aluminum frame bicycle was devised to celebrate BMW's new M5 car, which is why the limited-edition offering comes in only one shade, a so-called Marina Bay Blue hue that matches the ones used in the launch editions of the BMW M5. This bike makes liberal use of carbon fiber on the fork and other components, but is really a blended carbon and aluminum creation, giving it the best of both rigidity and speed.

With engineering prowess clearly inspired by BMW's automaking tradition, the M Bike Limited Carbon is in a class of its own in terms of both style and performance.
4.8
Score
Popularity
Activity
Freshness