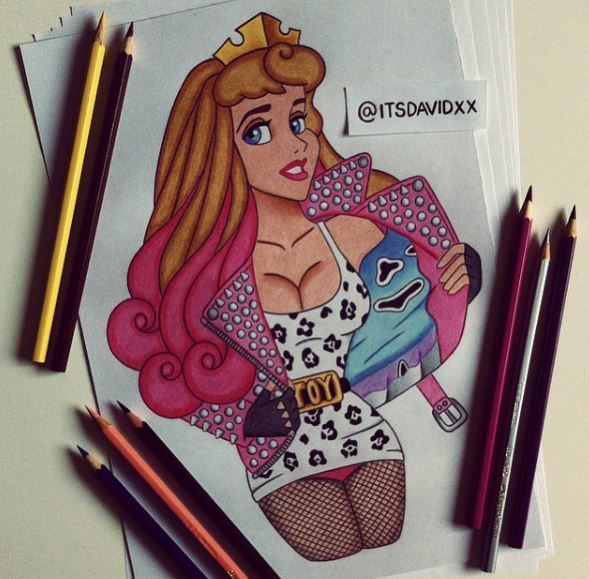 His latest artwork of this theme shows Ariel as Lady Gaga, wearing a nude-colored top, fishnet tights and a pair of statement heels that the pop star often wears herself. In a sensual pose, Ariel loses the innocence she is associated with, a sense that is also created with the inclusion of tattoos. David XX captions the picture on his Instagram with the Gaga quote "Don't be a Drag, Just be a Queen."

Earlier work includes Sleeping Beauty as Britney Spears, scandalously dressed with a snake as a boa and multiple illustrations of Ariel as Kylie Jenner -- wearing Moschino outfits. Christina Aguilera is depicted as Ariel as well, wearing little but an electric guitar to cover her body and sporting the iconic outfit from the 'Dirty' music video in another. Other artwork shows a Madonna Sleeping Beauty and the evil sea witch Ursula wearing a Yeezus shirt.
6.9
Score
Popularity
Activity
Freshness