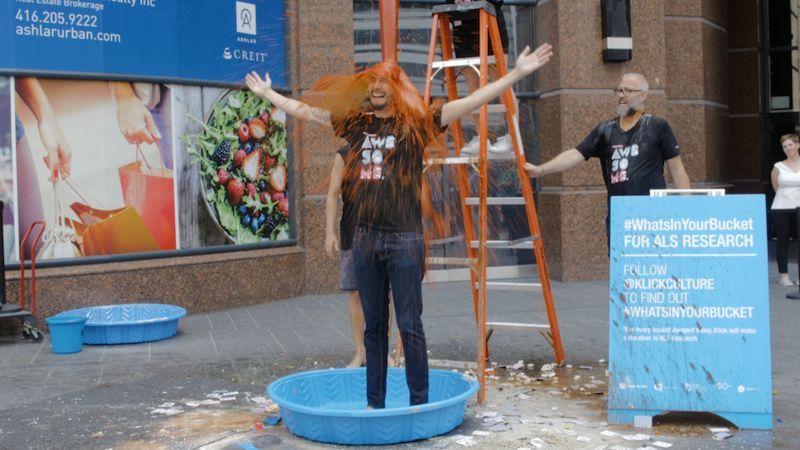 Klick is Reinstating the ALS Ice Bucket Challenge with a Twist

Laura McQuarrie — July 29, 2016 — Social Good
References: twitter & marketingmag
Share on Facebook Share on Twitter Share on LinkedIn Share on Pinterest
In 2014, the ALS Ice Bucket Challenge became a global phenomenon that successfully raised millions of dollars for Lou Gehrig's disease research. Since then, ALS Association reports that the money raised was helpful in funding the largest study of inherited ALS ever and successfully identified a breakthrough new "NEK1" gene.

Now, one Toronto, Canada-based marketing agency called 'Klick' is hoping to revive the challenge with a twist. Agency employees are now partaking in the #WhatsInYourBucket challenge, which is set up outside of its offices in the city's downtown. Rather than having ice water dumped on them, participants are able to choose a substance to be poured on them—including other unpleasant items like iced coffee, beer, sand, baby powder or glitter.

Each weekday in August, Klick is participating in the challenge and sharing videos of the #WhatsInYourBucket challenge to social media to raise awareness.
2.9
Score
Popularity
Activity
Freshness
Access Advisory Services