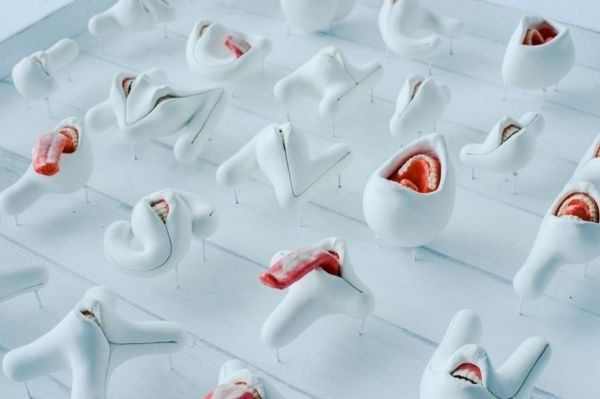 Ogawa's alphabet series, titled 'Oral:phabet,' captures the expressive nature of the human mouth. Each of the letters are molded from clay to look like the shape the mouth makes when pronouncing that specific letter. For example, the letter K has a protruding tongue to emphasize the letter's harsh cacophony sound. Each of the letter sculptures are white with a striking pink and red flesh mouth. Ogawa refers to his work as "... a disturbingly realistic serious of mouths, lips, teeth and tongues, all hand-crafted from clay and mounted to a wooden frame." From far way it looks as though the letters are tiny little monsters getting ready to speak.
6.1
Score
Popularity
Activity
Freshness
View Innovation Webinars