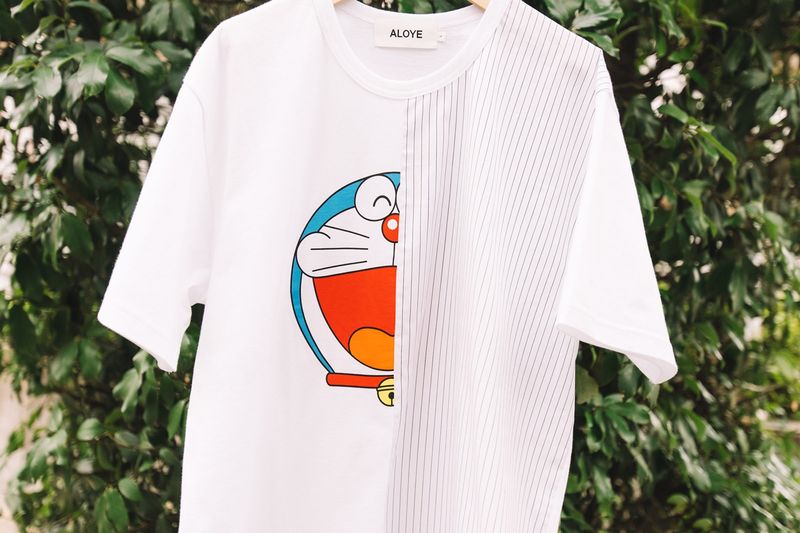 ALOYE Teamed Up with Doraemon for an Exclusive BEAMS T Collection

Included in the series are a number of t-shirts, all of which feature bold graphic prints that were inspired by the manga series. On one tee, the main character, also called Doraemon, decorates one side, while a minimalist pinstripe pattern takes over the other side. Other tees feature the robotic cat character a little more subtly, as they make use of black and white color palettes, as well as more abstract designs.