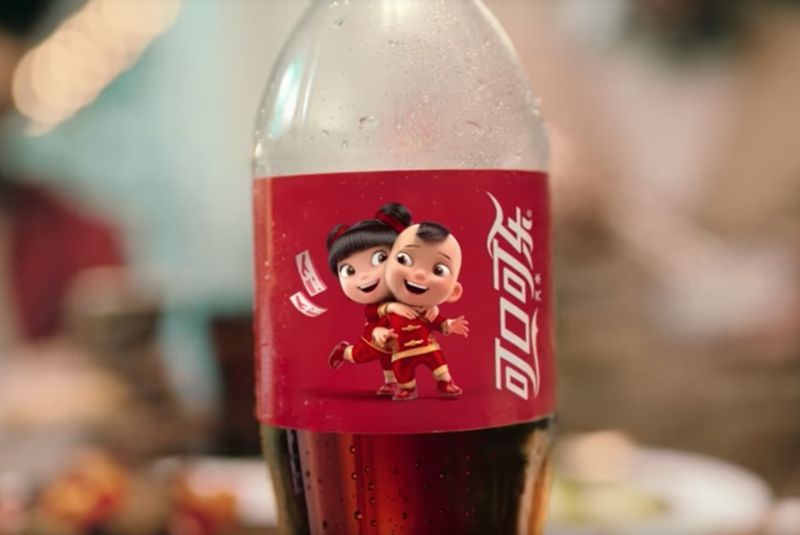 Justin Lam — February 2, 2018 — Marketing
References: creativity-online & psfk
Share on Facebook Share on Twitter Share on LinkedIn Share on Pinterest
Alibaba and Coca-Cola have partnered to blend folk art with AR and mobile payments. This partnership will see a set of adorably cute AR Chinese New Year characters greet Alipay users through all purchases of Coca-Cola. China has been quick to adopt mobile payment apps, and Alipay is currently leading the pack. This partnership will see amazing growth in Alipay, as the Coca-Cola presented characters have been used in Chinese New Years marketing for quite some time now.

To see the AR characters, customers simply need to use Alipay to scan codes placed on Coke ads and packages . Once scanned the characters will appear in the real world, through the users phone. The cartoon characters will throw snowballs at one another, hug and then offer holiday wishes. On top of the dancing and hugs, these characters will also deliver users a red envelope. Once user open the red envelope they will receive a monetary sum ranging from .1 to 99 renminbi. The exact sum cannot be pre-determined and will always come as a surprise. This partnership between Alibaba and Coca-Cola allows for advertising for both companies and could see wider spread of Alipay.
3.4
Score
Popularity
Activity
Freshness
Access Advisory Services