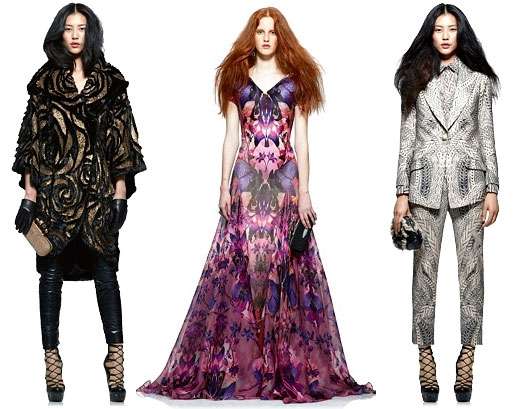 Meghan Young — March 4, 2010 — Fashion
References: alexandermcqueen & fabsugar
The Alexander McQueen Pre-Fall 2010 collection is a prime example of the famous saying, "The show must go on." And what a show it will be. The Pre-Fall look book showcases a stellar line, one that McQueen can look down on from his heavenly perch with pride.

Although his last Fall show will debut during Paris Fashion Week, the Alexander McQueen Pre-Fall 2010 look book has been released as an unnecessary tease. McQueen envisioned quite the collection, as it seems to cover all the bases. With a wide range of prints, textures and designs, this is one series you don't want to miss.
6.6
Score
Popularity
Activity
Freshness