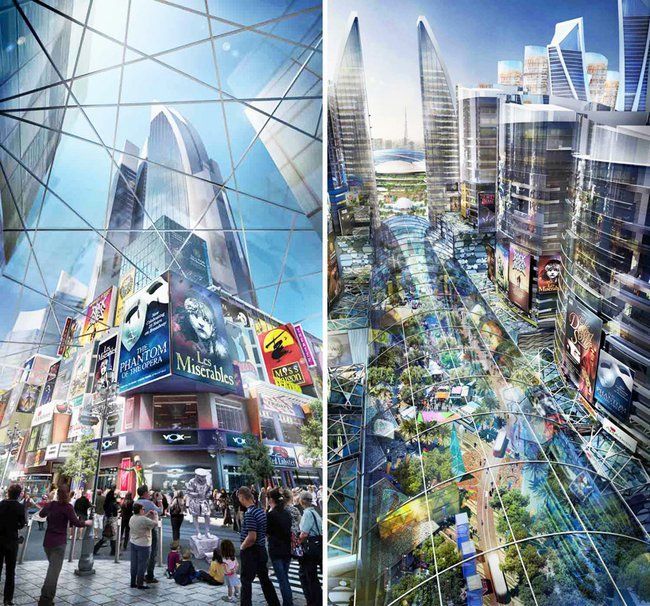 Laura McQuarrie — July 9, 2014 — Eco
References: syracuse & treehugger
Share on Facebook Share on Twitter Share on LinkedIn Share on Pinterest
Dubai is known for its extravagance, but The Mall of the World is set to be so large, it will be like its own air conditioned city. There are tons of large malls in the UAE, but spanning 2.4 million square feet, The Mall of the World will put them to shame. The mall truly will be like its own mini city, complete with apartments, thousands of hotel rooms, a theme park, over 300 shops and a climate-controlled street—and that's just for starters.

Although an air conditioned city seems very wasteful, the design is actually set to be very sustainable, following Smart Dubai guidelines to reduce energy consumption and its carbon footprint.

Although there have been several new renderings of the project recently released, there are no details on the estimated cost of The Mall of the World of the expected finish date.
6.4
Score
Popularity
Activity
Freshness
Jeremy Gutsche Keynote Speaker