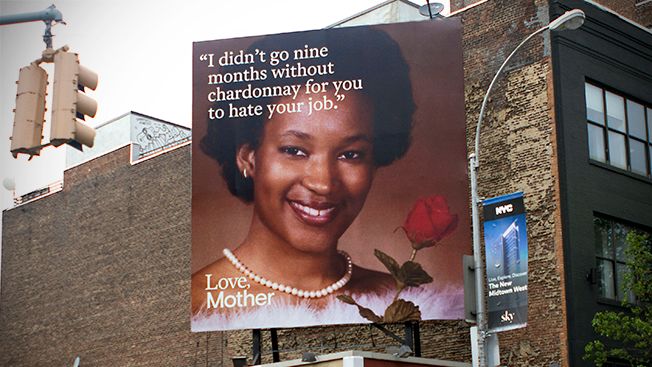 Rather than opt for stoking sentimental feelings between mothers and their children, the agency decided instead to reveal a more realistic version of the relationship between the two. The agency created billboards and ads that featured direct quotes from 150 mothers they surveyed. The humorous campaign reveals quotes like "I picked up yours, you pick up theirs," "Tell your therapist nice things about me" and "I didn't go nine months without chardonnay for you to hate your job." The comedic and honest truths revealed in the campaign are likely quite representative of many people's relationships with their mothers.

By using humor instead of sentiment, the agency Mother New York was able to significantly diverge from the norms of advertising during this time of year.
6.6
Score
Popularity
Activity
Freshness