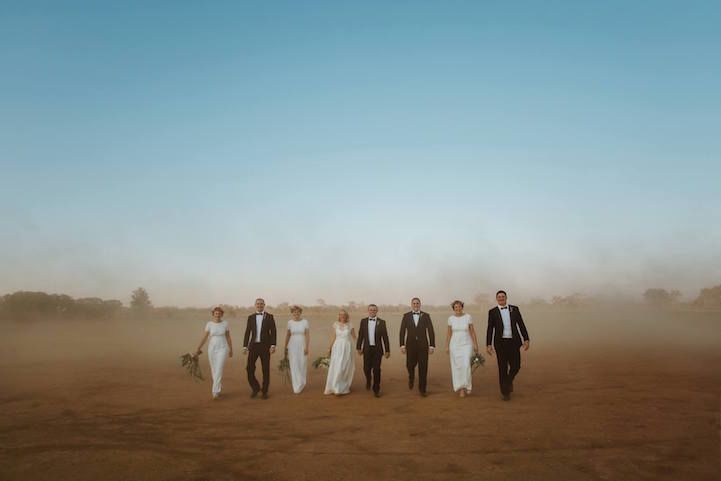 This Photographer Pledged to Help a Town Afflicted by Drought

Christopher Magsambol — October 8, 2015 — Social Good
References: edwinarobertson & mymodernmet
Share on Facebook Share on Twitter Share on LinkedIn Share on Pinterest
Edwina Robertson is an Australian photographer who traveled nine hours to a rural town afflicted by drought to photograph a wedding. Upon arriving to the wedding, she was shocked by the struggles of the townspeople and felt the sadness even on such a joyous day. The bride's family was forced to sell all their cattle and farm due to the drought-ravaged land.

In an act of charity, Robertson decided to post the picture above on Facebook and vowed each time the picture is shared, she would donate 3 dollars to the suffering town. Unexpectedly, the photo went viral and was shared 4,974 times and Robertson donated $15,000 to a local charity. She has since started a crowdfunding effort to raise money for the town afflicted by drought.