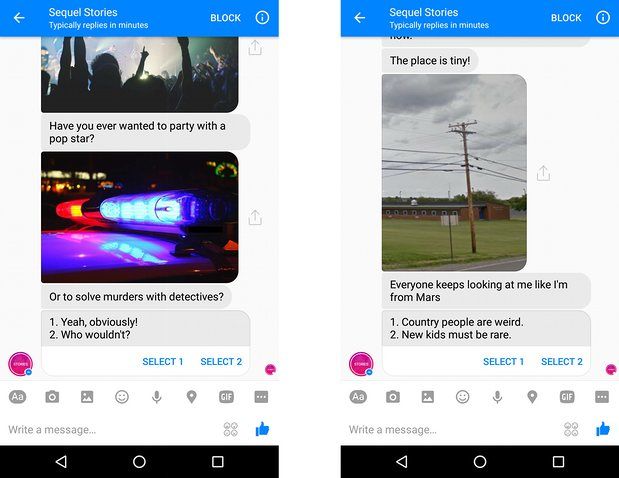 By engaging the artificially intelligent Messenger bot in a conversation, users are able to play through romance, murder and comedy adventures in a conversational format. Commands like "/stop," "/start" and "/help" are used as controls for the experience, alongside buttons that allow users to select between two options to change the direction of a story, which is brought to life with images. While the choose-your-own-adventure game format has existed for decades, Sequel Stories introduces a new way for fans of adventure games to engage in an entirely chat-based format.