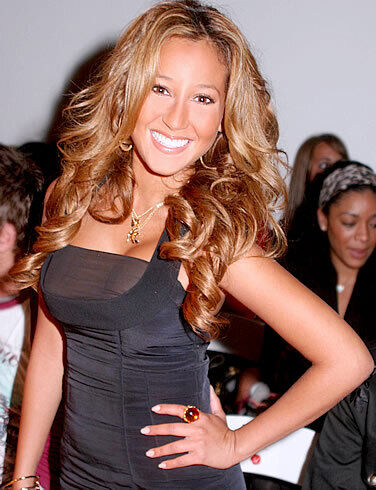 While Miley Cyrus is in an uproar over Disney killing an episode of Hannah Montana, Adrienne Bailon seems to be Disney’s new darling, and could, according to rumors, be wearing Disney couture soon. That could include modeling pieces as luxurious as $3,900 wedding gowns, Disney accessories and cashmere sweaters “inspired by Tinkerbell.”

Adrienne Bailon could certainly find inspiration from Disney’s involvement in the label and designs. Disney is even offering The Cheetah Girl interior designs with a jungle motif.