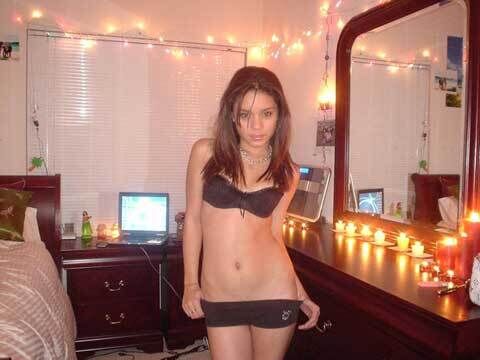 Bianca — July 15, 2008 — Naughty
References: thebosh
Share on Facebook Share on Twitter Share on LinkedIn Share on Pinterest
When "stupid" people leaked nude photos of Vanessa Hudgens on the net last year, there were rumors that the High School Musical starlet would be cut off from future partnerships with Disney. Thankfully for both Vanessa and Disney, the teen was given another chance, a smart choice as it looks like High School Musical 3: Senior Year will be a tremendous success.

The 19 year old starlet said "I think people thought I took it lighter than I really did," of the photo incident. "For me, it was really tough because I'm a private person and for something like that to happen, it's so mean."

She called it "horrible ... it sucked. But thankfully it's over and it's in the past.â€

â€œMy fans were amazing because they have stood by my side. They really are my core group."

"My family's always there for me. I just surround myself with good people and try to think of good things."

Oddly enough, Vanessa should really be thanking whoever leaked those photos because it was a move that seriously boosted her career. If it's media attention she wanted, that's what she got.

The video above shows the trailer from High School Musical 3 and below is our original feature on Vanessa's photos.