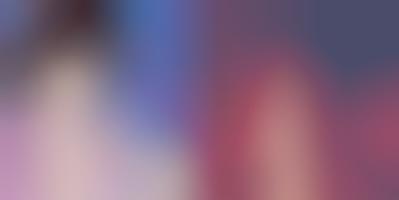 Bianca — November 16, 2007 — Pop Culture
References: cracked
Share on Facebook Share on Twitter Share on LinkedIn Share on Pinterest
Was Walt Disney racist? Disney is supposed to promote positive learning and lessons for kids, right? Well, they haven't always. Not that it was intentional, because times have changed, but upon examination in our modern day, the behaviors of the following characters would be considered racially discriminatory today.

Cracked.com brings the following famous characters to our attention for their ethnic intolerance:

The Merchant in Aladdin

Remember him back from 1992? The one who begins the movie, selling the lamp? In the opening scene, the song lyrics go, "Where they cut off your ear if they don't like your face," but on the DVD version, it had to be altered from the original to, "Where it's flat and immense and the heat is intense."

I need to include Cracked.com's comment here, it was just too good! "Our question: In a city full of Arabic men and women, where the hell does a midwestern-accented, white piece of cornbread like Aladdin come from? Here he is next to the more, um, ethnic looking villain, Jafar."

The 1989 flick uses a gang of cats to portray Asian-American immigrants as criminals. "They own a laundromat, run an illegal, basement gambling operation and speak in horribly mangled 'Engrish.'" Skip the clip to about 6 minutes in if you're impatient.


The Indians from Peter Pan

The Indian chief and his band in Peter Pan, who literally have fire-engine red skin, sing a song about their cultural history, even mentioning the origin of their skin tone. "The song says a long time ago, a Native American blushed red when he kissed a girl, and, as science dictates, it's been part of their race's genetic make up since. You see, there had to be some kind of event to change their skin from the normal, human color of 'white.'"


Uncle Remus from Song of the South

"The late 1800s were a great time to be African-American and possibly on acid," Cracked explained. "Less eerie than any imaginary singing birds is what's not in the film. It's as if someone made a children's musical about Jews in post-World War II Germany that had a number titled 'Hey! Nothing Bad Has Happened to Us, Ever.' Also failing to reach the screen: When the movie had its world premiere in 1946 in Atlanta, James Baskett, the actor who played Remus, was not allowed to attend. Zip-a-dee-doo-dah!"


Cracked.com featured a total of 9 racist characters, so if you want more, check out the source link.