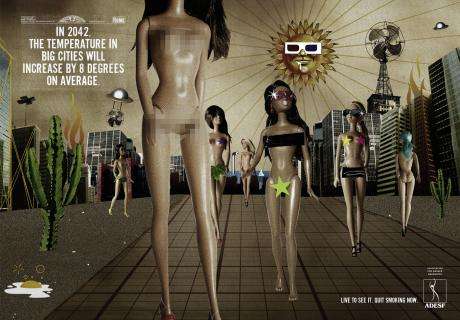 For example, "In 2042, the temperature in big cities will increase by 8 degrees on average." This will result in women wearing next to nothing when they go out in the streets. Now who would want to miss this for a cigarette?