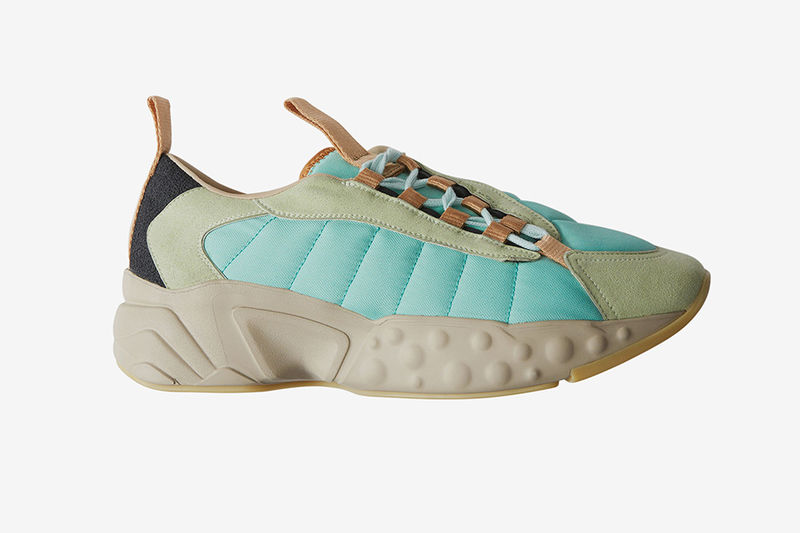 Created for the designer brand's Fall/Winter 2017 collection, the Acne Studios sneakers are diverse in design, but are held together by a modern aesthetic that's generated by their use of sleek silhouettes, minimal colorways, and unique textural elements. A few of the silhouettes that are included in the lineup are the Sofiane Runner, and the Sami high-top. The former hits low on the wearer's ankle and comes in two different colorways: mint, blue, black, and beige, or black, gray, and red. On the mint version, the soles have bubbles protruding from them, and both have an experimental lacing system. The Sami high-top has a similarly sleek build, but favors monochrome colorways instead.
4.1
Score
Popularity
Activity
Freshness
View Innovation Webinars