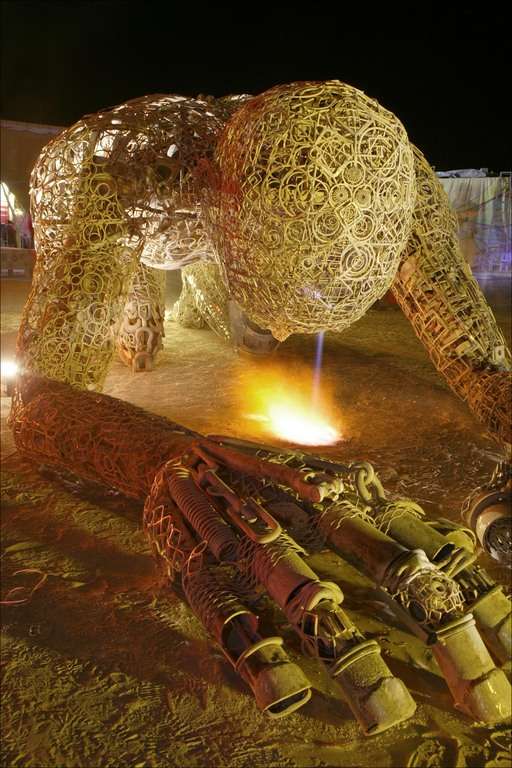 Achmed by Karen Cusolito is a Reverent Burning Man Creation

Meghan Young — October 19, 2012 — Art & Design
References: karecuso & mymodernmet
Share on Facebook Share on Twitter Share on LinkedIn Share on Pinterest
This year's Burning Man exhibition, which was held in the Black Rock Desert of Nevada as always, was home to a breathtakingly reverent sculpture: Achmed by Karen Cusolito, a mixed media artist based in San Francisco, California. Gigantic in scale, it is nevertheless the sense of gratitude and servility that the sculpture evokes that will arrest people. Weighing approximately 6 tons, the sculpture depicts a man on his knees and elbows in a state of humility.

Achmed by Karen Cusolito humbly bows before a flame, which happens to represent life. Made out of salvaged steel, the sculpture only becomes disjointed when people begin to note the difference between the body and the hands. The talented artist explains, "[Achmed's] connection to the Earth is magnified in the exaggerated scale of his hands."
1.9
Score
Popularity
Activity
Freshness
Attend Future Festival