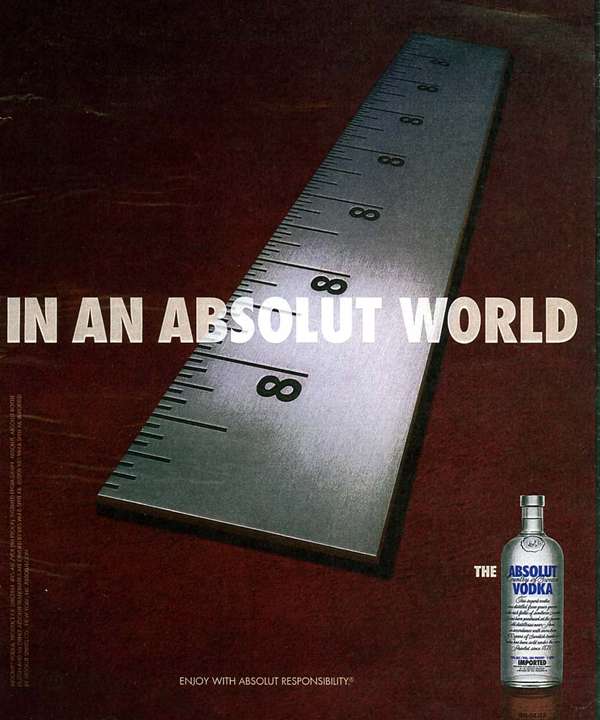 In an Absolut World, All Men Would Have 8 Inches

So let me try to figure this out: in their Absolut world, straight men get pregnant by/with their wives, while gay men have 8 inches? Does that mean gay men would just have the perk of good size, and not the burden of pregnancy? Do the straight men have eight inches as well?

Oh, Absolut Vodka, I am so very confused right now…

I gotta say though, the concept of the ruler with the number 8 printed at all measurements is a pretty subtle and witty way to sneak the naughty idea. This could run in children magazines and be ok!