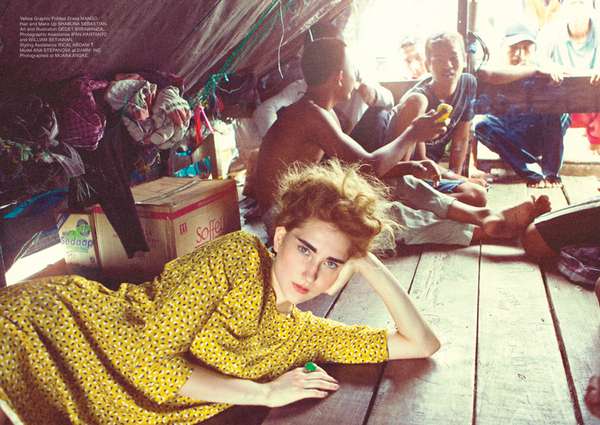 Marissa Brassfield — May 9, 2011 — Fashion
References: dewmagazine & designscene.net
Model Ana Stepanova is a strange woman in a strange land for the editorial A Girl Who Fell to Earth in the most recent issue of Dew Magazine. She's photographed by Anton Ismael in vibrant, elegant fashion in a gritty urban setting abroad. Stepanova's hair and makeup were done by Shabura, and Arsy Medina styled the editorial.

My favorite image from A Girl Who Fell to Earth is the second one, in which two shots are placed side by side. In one, Ana Stepanova is wearing red from head to toe, and she looks like she's wiping away tears in a desolate, rundown setting. In the other, Stepanova stands serenely amid a line of young children, her expressionless face speaking volumes.
2.2
Score
Popularity
Activity
Freshness