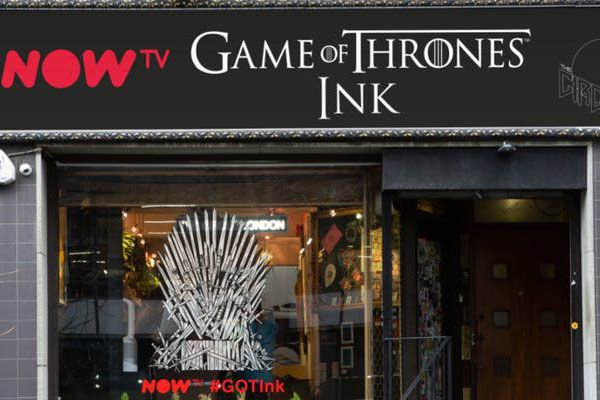 Laura McQuarrie — March 22, 2019 — Marketing
References: facebook & campaignlive
Share on Facebook Share on Twitter Share on LinkedIn Share on Pinterest
In the lead-up to HBO sharing the final season of Game of Thrones this spring, fans can expect to be treated to some of the most entertaining activations yet—including the chance to get a Game of Thrones tattoo by the same celebrity tattooist, Lauren Winzer, who inked GoT’s own Sophie Turner, who plays Sansa in the series.

For just two days in April, fans in central London will be able to visit a Game of Thrones-themed tattoo studio to get their very own #GOTInk. To take peoples' minds off of any discomfort that they may be experiencing, NOW TV will be streaming the first episode of the new and final season.