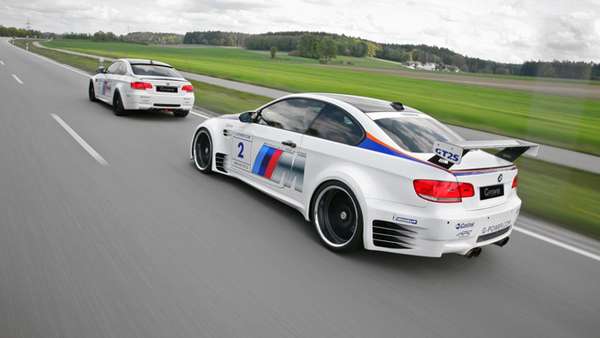 Robyn Currie — May 27, 2010 — Autos
References: bmw & topgear
The two 600bhp BMW M3 vehicles that were made to celebrate the company's win of the 2010 Nurburgring 24hr endurance race are two examples of automotive badassery.

These barely street-legal rides can go from 0 to 62 mph in just over four seconds, and top out at 199 mph. Master BMW tuner G-Power trimmed away a staggering 150kg from these vehicles, meaning that the 600bhp BMW M3s are ready to race and win.

Implications - In today's society, consumers are likely to invest in those products that reflect a personal aspect of their lives. Products that pay tribute to a particular holiday, organization or cause will likely influence individuals in a way that will benefit its creators.
2.3
Score
Popularity
Activity
Freshness