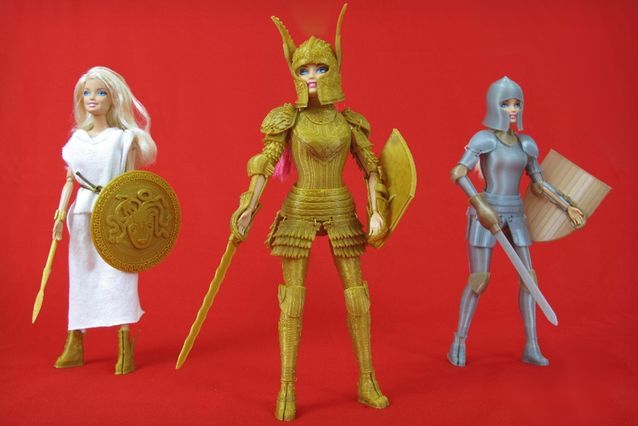 Meghan Young — July 22, 2014 — Life-Stages
References: reddit & theverge
Share on Facebook Share on Twitter Share on LinkedIn Share on Pinterest
A collection of 3D-printed Barbie armor is now made available to girls and boys who have always dreamed of making the iconic doll more badass. Although Mattel is introducing a slew of new roles for Barbie, the latest being an entrepreneur, this 3D-printed Barbie armor encourages more traditionally imaginative narratives in an untraditional way.

Created by 3D designer Jim Rodda, his 3D-printed Barbie armor made headlines back in March when he launched a Kickstarter campaign. Since then, he has added a third costume and dubbed the entirely collection the Faire Play Battle Set. The Verge reports, "Rodda is selling the files to print your own copies under a Creative Commons license for $29.99, and is encouraging people to build upon his original designs."
2.5
Score
Popularity
Activity
Freshness
Get Better and Faster