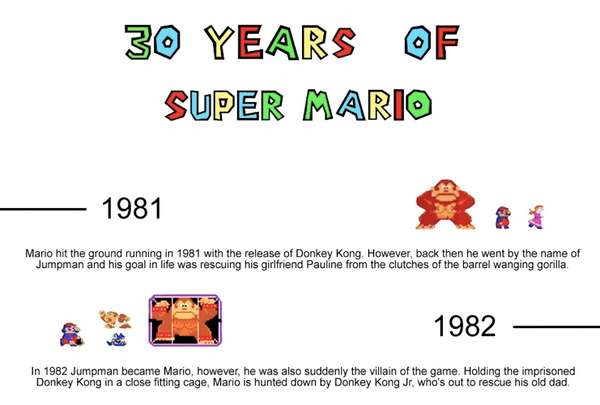 From his humble beginnings in 1981, appearing as 'Jumpman' in the Donkey Kong game, to his first 3D adventure in 2011's 'Super Mario 3D Land,' Mario has always been a recognizable and significant symbol in the gaming world. Serving as both a nostalgic reminder of Nintendo's early beginnings and as a gateway into the gaming world for today's youth, Mario's fanbase continues to grow.

As a long-time fan of Mario, the '30 Years of Super Mario' infographic came as a real treat. Whether you're just getting into the game, or you're a devoted Mario enthusiast, this is one guide you don't want to miss.
4.4
Score
Popularity
Activity
Freshness
View Innovation Webinars