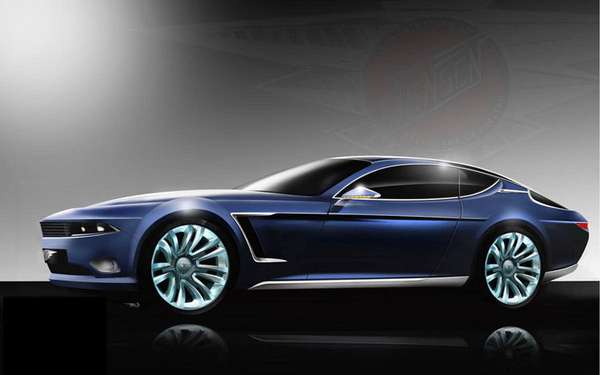 The 2014 Jensen Interceptor Will Breathe New Life into the Classic

Susan Keefe — September 25, 2011 — Autos
References: motorward & digitaltrends
Share on Facebook Share on Twitter Share on LinkedIn Share on Pinterest
This sleek and sassy example of automotive detailing is the 2014 Jensen Interceptor. If you're into cars at all, this name should sound familiar. The original Interceptor had a successful and wildly popular run between 1966 and 1976. Playing on the design of the late 60s models, the revamped Interceptor has the legendary CPP certain they have the makings of a winner on their hands.

Not much is known about the car, as it is not set to be released until 2014, but what is certain is it will be handmade and British built. It will be a four-seater equipped with a brand-new aluminum chassis on a aluminum body. CPP swears the car will pack a mean punch under the hood, but no statistics or engine details have been released.

The concept designs and mock ups speak volumes about the aesthetics of the vehicle. With seductive styling like this, I certainly wouldn't kick a 2014 Jensen Interceptor out of my driveway.
3.2
Score
Popularity
Activity
Freshness
Get Better and Faster