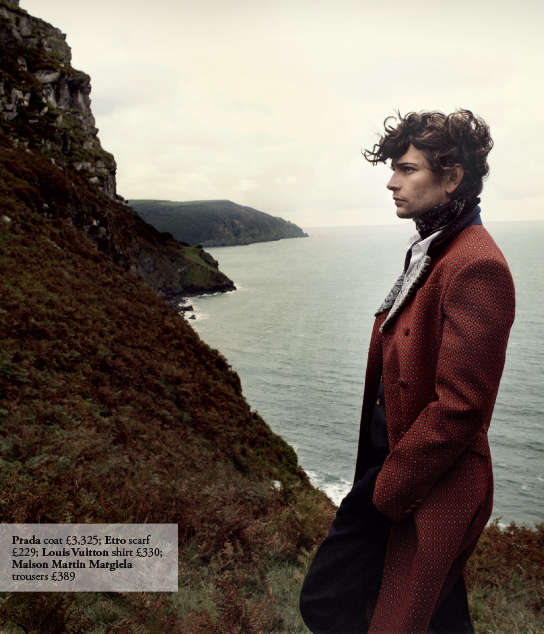 Hoping to reach a new generation of the fashion forward, this Heathcliff menswear fashion shoot includes pieces from famed designers such as Missoni, Dolce & Gabbana, Prada and Louis Vuitton.

This line of menswear fashion is sure to entice those longing to be a romantic lead in their very own 18th century novel or for those who just want to be fashionably chic.