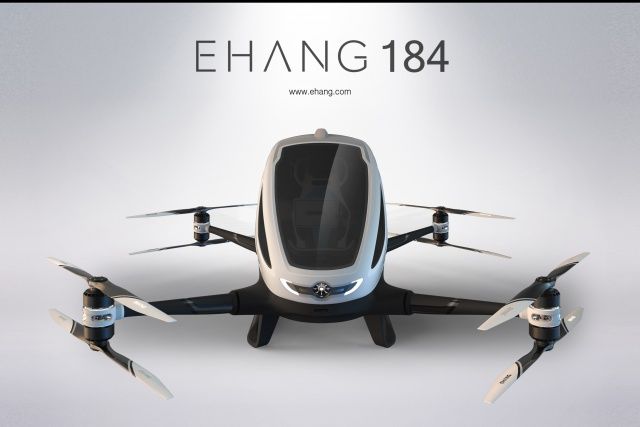 Katherine Pendrill — January 7, 2016 — Tech
References: ehang & digitaltrends
The '184 Drone' from 'Ehang' represents the world's first autonomous taxi drone and it just made its official debut at CES 2016. While drones are certainly nothing new, this flying taxi represents a major breakthrough in drone technology.

The 184 Drone is an autonomous quadcopter that is large enough to carry a single passenger for up to 23 minutes at a time. Similar to other drones on the market, the device contains no controls, no joystick and no steering wheel. The drone itself handles all of the piloting and navigation, meaning the passenger inside simply sits back and enjoys the ride. With an average cruising speed of 62 mph, the drone provides a fast and convenient way for consumers to get from one location to the next.

Although the technology is still in its infancy, passenger-transporting drones could soon provide a unique alternative to traditional taxi services.
7
Score
Popularity
Activity
Freshness