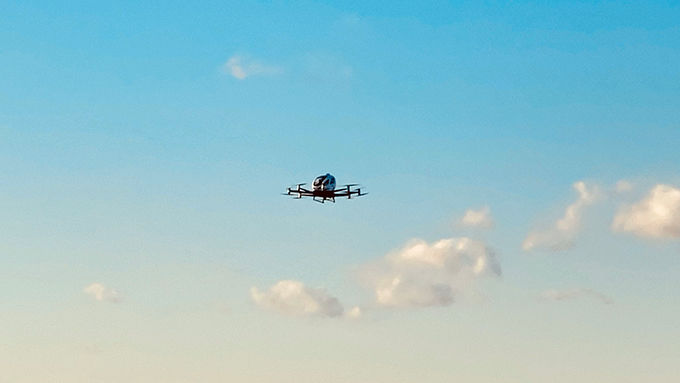 Daniel Johnson — January 13, 2020 — Tech
References: ehang & techcrunch
Share on Facebook Share on Twitter Share on LinkedIn Share on Pinterest
EHang, the autonomous passenger drone startup, recently held a demonstration flight where its 'EHang 216' drone flew for the first time in the United States. The flight occurred in Raleigh, North California, and the governor, Roy Cooper, was a passenger on the EHang 216 drone.

EHang is based out of Guangzhou, China, and the company has previously held various demonstration flights throughout Europe and Aisa. However receiving permission from the FAA is a big step for the organization, as it works toward its goal of operating an autonomous air taxi business for United States consumers.