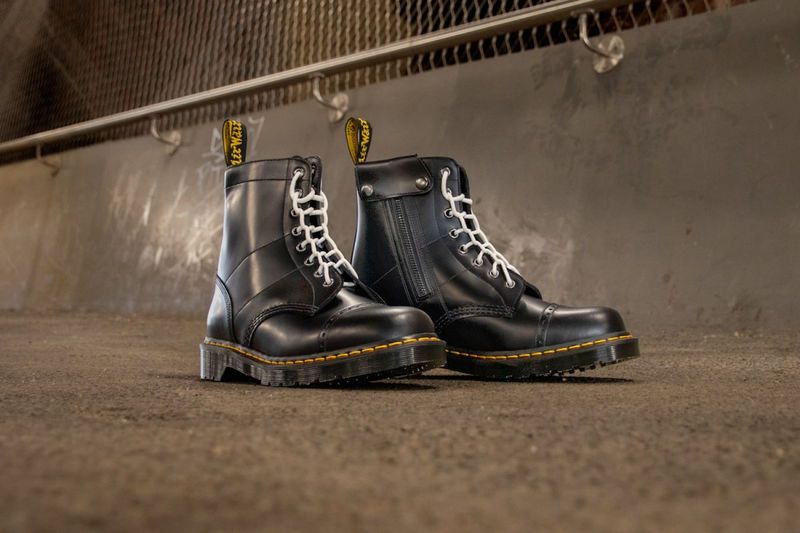 Amy Duong — October 3, 2018 — Fashion
References: drmartens & highsnobiety
Share on Facebook Share on Twitter Share on LinkedIn Share on Pinterest
Footwear label Dr. Martens works in collaboration with fashion imprint Needles as its iconic 1460 Boots get a new tonal makeover for the season. The England-made footwear silhouette is reimagined by Needles' Keizo Shimizu in three new stylish option of 'Sand,' 'Oxblood,' and black. While still maintaining its original design aesthetics, it gets a slight rugged update to give it a slightly different approach.

The uppers are constructed from a blend of premium leather and suede materials, with a unique brogue detail at its toe cap. To add to its rugged feel, there is a medial zipper enclosure along with a zip guard at the side of the boot. The tonal lacing systems contrast against the three new colorways with white laces on the black boot, yellow on the oxblood, and dark brown on the sand colorway. Signature touches include its yellow welt-stitching, heel loop script, and Airwair sole. All of the new 1460 boots will also come in a special Needles box wrap and swing bag with branding accents.
5.2
Score
Popularity
Activity
Freshness
Attend Future Festival