Getting Real With Online Dating

Truth in Fiction
Next
Set of
Related
Ideas 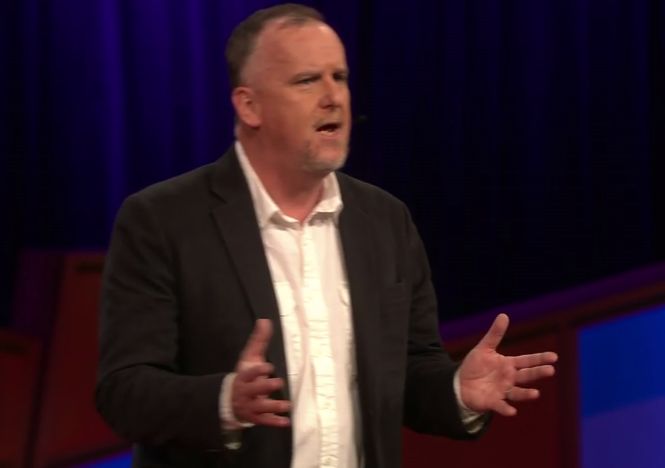 Lynch begins by talking about how the more data that has been made available to us on the Internet, the less time we have to evaluate it and form accurate conclusions, and the harder it is for us to tell the difference between what's real and what's fake. He speaks of the information bubbles people are confining themselves to, and the excessive political and social polarization that has come from it. He proposes a solution to this issue that is based in philosophy – that we are all living in a common reality.

There are three things that society requires in order to combat the problem of fake news, and biased "facts." The first is believing that objective truths exist, and not interpreting information that opposes one's own beliefs as immediately "false." The second is "daring to know" – taking a more active form of gaining knowledge that exists outside of searching for quick facts on the Internet, and being open to the idea that one might be wrong in their beliefs. The final is having a little humility, and seeing one's own worldview as open to improvement by the evidence and experience of others.
2.3
Score
Popularity
Activity
Freshness
Access Advisory Services