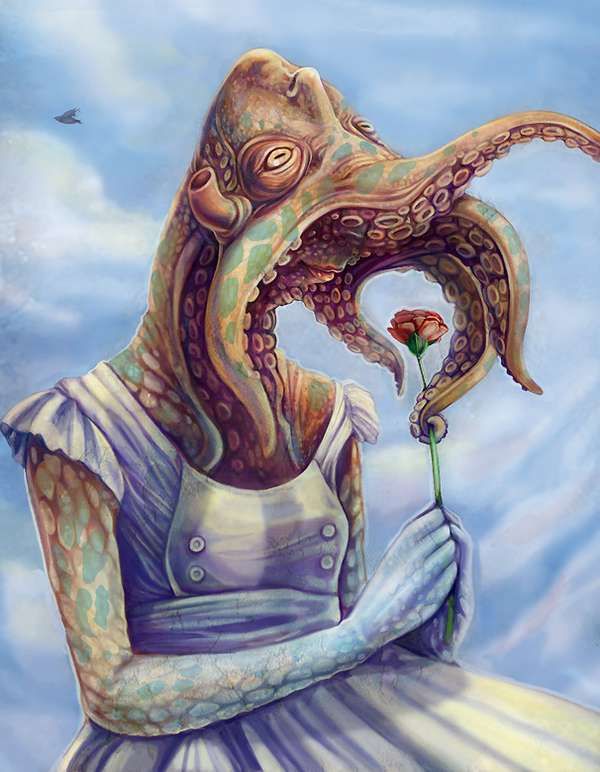 Jason Soy — May 21, 2012 — Art & Design
References: zirofax.deviantart & ufunk.net
Share on Facebook Share on Twitter Share on LinkedIn Share on Pinterest
Staring at the cover image of this Zirofax gallery, it’s natural to be reminded of the works of H.P. Lovecraft. After all, whenever anyone encounters a creature with an octopus-like head and tentacles on its face, they instinctually think of Cthulhu. Continue browsing Zirofax’s work, however, and you’ll realize that she’s not a one trick pony, as she’s rendered several humanoid creatures all with deep sea animal attributes. The results are wholly satisfying fantasy illustrations that are simultaneously gross and beautiful.

Zirofax, who also likes calling herself “The Goblin Queen,” is an American artist with deviant tastes. Many of the pieces found in her portfolio contain bizarre anatomical elements. It’s not uncommon to see claws, fangs, feathers and fins in her dazzling illustrations.