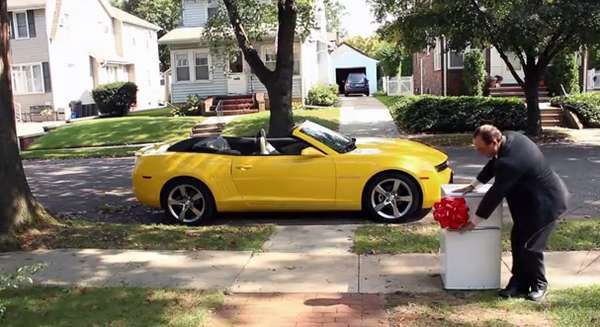 Zach Borst, an aspiring filmmaker from New York, has created this funny ad that shows a high school student confusing the graduation gift from his parents to be a Chevy Camaro. In the commercial, his parents are actually giving him a mini-fridge, but the excited high school kid jumps up and down, screaming, believing that the yellow Camaro parked in front of the house is his.

As the winner of the ad contest, Zach Borst not only gets his commercial aired during the big Super Bowl game but also receives $25,000. Borst was chosen out of 198 submissions, says AdWeek.
5.4
Score
Popularity
Activity
Freshness
View Innovation Webinars