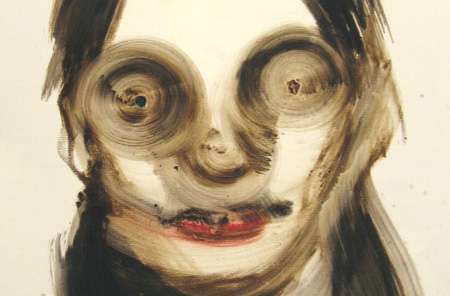 Jason Soy — May 21, 2012 — Art & Design
References: yukonasu & devidsketchbook.tumblr
Share on Facebook Share on Twitter Share on LinkedIn Share on Pinterest
No, you’re not staring at images from the latest Japanese horror film; you’re marveling at the strange and eccentric work of Yuko Nasu. A painter hailing from Hiroshima, Japan, Nasu renders portraits of people in a distorted and, some would say, disturbing manner. Her controlled swirls and smearing of paint produces eyeballs and facial attributes that resemble supernatural beings like ghosts. It’s a visual style that’s truly distinct to her and her alone.

Yuko Nasu currently works and resides in London, where she also studied fine art after graduating from visual design in Kyoto. She’s regularly featured in group and solo shows in and around England, though her paintings have also taken her to China, South Korea and Ireland.