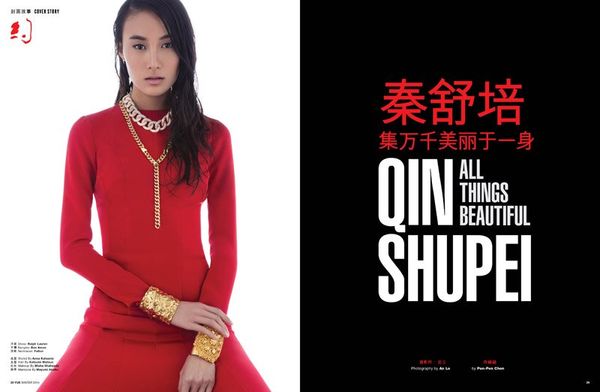 Meghan Young — February 12, 2014 — Fashion
References: yuemagazine & fashiongonerogue
The looks featured throughout the YUE Magazine Winter 2014 cover shoot are vibrant and ladylike. The perfect combination for the cooler season, it brightens up wardrobes, which is one way to keep things light and fresh during such abysmal and dark weather. More than that, it gets women geared up for the spring season.

The YUE Magazine Winter 2014 cover shoot was shot in studio by photographer An Le with creative direction by Dean Quigley. It stars model Shu Pei. The black-haired beauty was outfitted by stylist Anna Kastsanis, who chic and feminine looks from the likes of Fendi, Prabal Gurung, Etro and more. She concentrated on saturated hues, sleek silhouettes as well as bold patterns for the otherwise simple photoshoot.
2.5
Score
Popularity
Activity
Freshness